Change
The act or instance of making or becoming different. To give a different position, course, or direction to.
Saul, the King of Israel, and his army are afraid of Goliath, no one can come out to face the giant but a boy named David, the youngest son of Jesse and the future king of Israel who was sent by his father Jesse to take some food to his three brothers and report back to him heard Goliath shouting and challenging the Israelites army in a single combat “Isn’t someone going to stand up to this man?” David asked the men in the army. “Then I will fight this giant Philistine.”
Saul, the king approached David and said, “You can’t fight Goliath, you’re only a boy and he has been fighting for many years.” But David said to Saul, “I have had to fight lions and bears to protect my father’s sheep. God helped keep me safe then and he will help keep me safe now.”.

Though the main characters felt like they were off track, or reacting out of fear – God would show up and redeem the situation in a powerful way.
What we can know is that the presence of trouble (like change) does not equal the absence of God. In fact, the presence of difficulty and fear is often God laying the foundation for his greater work to come true.
We serve a compassionate God in our lives who uses our broken pieces, our mistakes, and our shortcomings to bring about change in the world and our lives. No matter the mistakes you’ve made, God’s arms are always wide open for you to return to Him. The Bible says in 1 Corinthians 2:9 NKJV, “Eye has not seen, nor ear heard, nor have entered into the heart of man the things which God has prepared for those who love Him.”

Your best days are still ahead of you. The world has not yet seen the best of you. You are God’s masterpiece.
God’s promise is worth waiting for, and even if you think that you are smaller than a giant or have taken some wrong turns, or made some mistakes or poor choices, be reminded that God can still use it all to bring about a change in the world and you.
Don’t begrudge of the detours and mountains life may make you take. God knows exactly what he is doing with every trouble and delay we face.
Whatever your hand finds to do, do it with your might; for there  is no work or device or knowledge or wisdom in the grave where you are going.Ecclesiastes 9:10 NKJV

Prayer: Thank You Lord that you are guiding my life and path today. Make a change in my life so that I may be able stand against the wiles of the enemy. Help me to trust You in every difficult season. Continue to guide me in every direction and give me wisdom and clarity for all that I may go through. In Jesus name. Amen.

Our Mission To Help Restore, Repair, Rebuild, & Renew Broken Relationships. Our Vision To help couples by empowering them with educational /inspirational tools to strengthen them with skill building information, which reflects the heart of Christ. To promote and encourage marriage between one man and one woman. It enables couples to discover God’s vision of marriage and family life, thereby leading you to a clearer understanding of your relationship with God and each other. 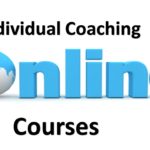 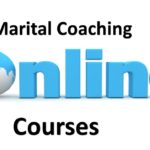 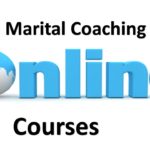